Usability testing is such a simple activity yet so crucial to getting designs and products right, yet we hardly do it even though we talk about its importance (yes, sometimes I fall into that group).

What scares people off of usability testing is the amount of work involved. Often, we think we must find a small sample of our target audience or users to test on. Although that is the ideal way to conduct usability testing, this can often be hard to do for a number of reasons:

Clearly, there are some obstacles in the way. But nonetheless, usability tests helps us ensure we are building something in the right way. You may have a great idea for a feature and think you have a great design for it, but until you have somebody use it and show you they can use it, it isn’t anything useful or worthy to brag about.

So how can you do usability testing to ensure your great design is truly great even though you don’t have the time or the ability to access your users?

There are two quick ways:

Getting 5 or so people to look at your design is all you need to maximize your learning according to the Normal Neilsen group:

That’s right, you have no excuses now!

An example of where I couldn’t reach my users but needed to do some usability testing was when I was working on the Bookburst.com project and needed to redesign the reading list feature. The reading list was crucial to the value proposition for a large segment of Bookburst users and worked similarly to the Netflix queue: add a book to your reading list and we would automatically ship you the book at the top of your list every month.

Well, unfortunately, it wasn’t. It was implemented so poorly that it drove our customers nuts and increased the workload on our Customer Service team. When a customer would add an item to the list, the list would not automatically number the item until you manually entered an “order” number for it. But wait, could you leave the position number blank? Yep, you could! Could you also add any random position number? Yep, you could! Such a disaster!

Here’s a wireframe of what it looked like for one customer: 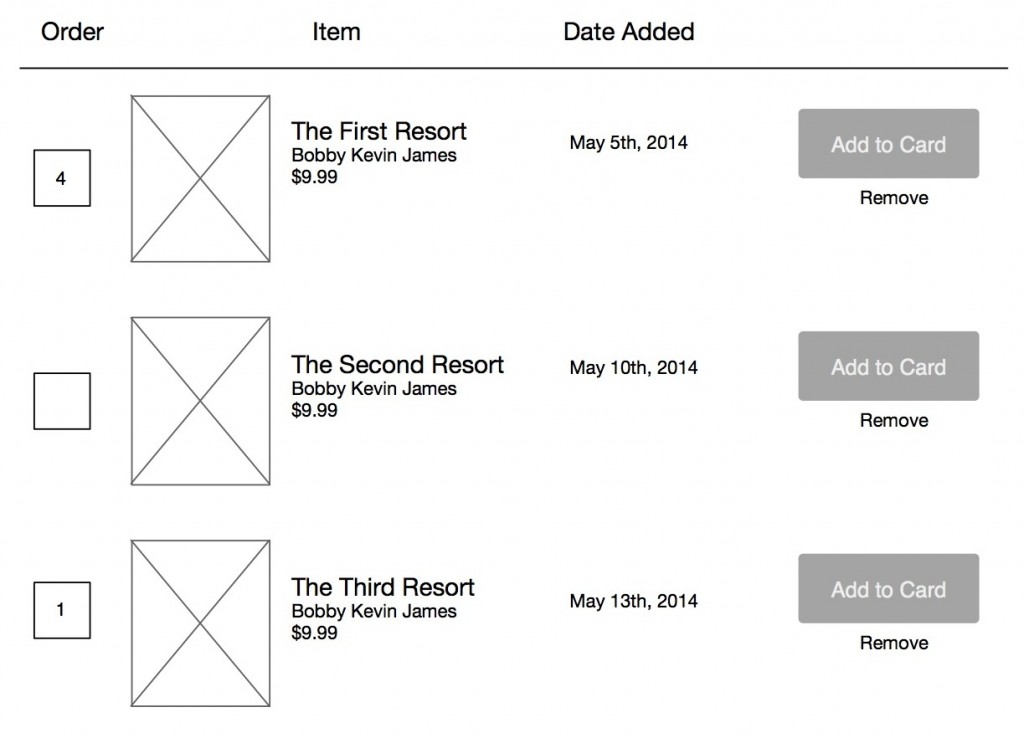 As you can see, some users may expect the item that is physically at the top to be the first item they receive while others would expect items with the lower order number to be first.

When it came time to redesigning this reading list, I was ecstatic! I had been dreaming up designs in my head for months and came up with I thought was a great concept that would have my customers rejoice and dance. It would be a simple drag and drop list! No need for adding position numbers

As we started working on the design, it was apparent this would be the most “complex” feature built on the sites! Yes, a drag and drop list was going to be the most complex interaction we had! And this meant we had to do some serious testing since most of our users were in their 50s and older, and if they called Customer Service for any reason, we had failed.

Once we had a coded prototype, we set out testing. I couldn’t connect with my actual users so I did the next best thing: I found colleagues in my office who worked in other departments (so they didn’t know the intricacies of what we were doing) who matched the demographics to test the design in front of us. The feedback was amazing. They didn’t know what to do especially because they didn’t read the copy we wrote to explain how it works (nobody reads, right?!)!

After a couple of iterations, we had something that passed the test! We even added a light tutorial for those who never interacted with a drag and drop list previously.

Once we launched, something strange happened: not a single complaint! Zero! Absolutely amazing!

Although usability testing is “one more thing” to do, it doesn’t have to be hard and can help provide your users with powerful, useful, and most importantly, usable features.

Take the time so your efforts aren’t wasted.